As the population of the region continues to expand, so do the occupations that support this growth.

Small businesses serve as the backbone of a region and offer jobs and opportunities for those willing to work hard to achieve their business goals.  In fact, according to chron.com, “Small businesses contribute to local economies by bringing growth and innovation to the community in which the business is established. Small businesses also help stimulate economic growth by providing employment opportunities to people who may not be employable by larger corporations.  [They] tend to attract talent who invent new products or implement new solutions for existing ideas.” Ultimately, larger companies in a region also benefit from small businesses generated by those with a spirit of entrepreneurship, as they utilize their products and services. 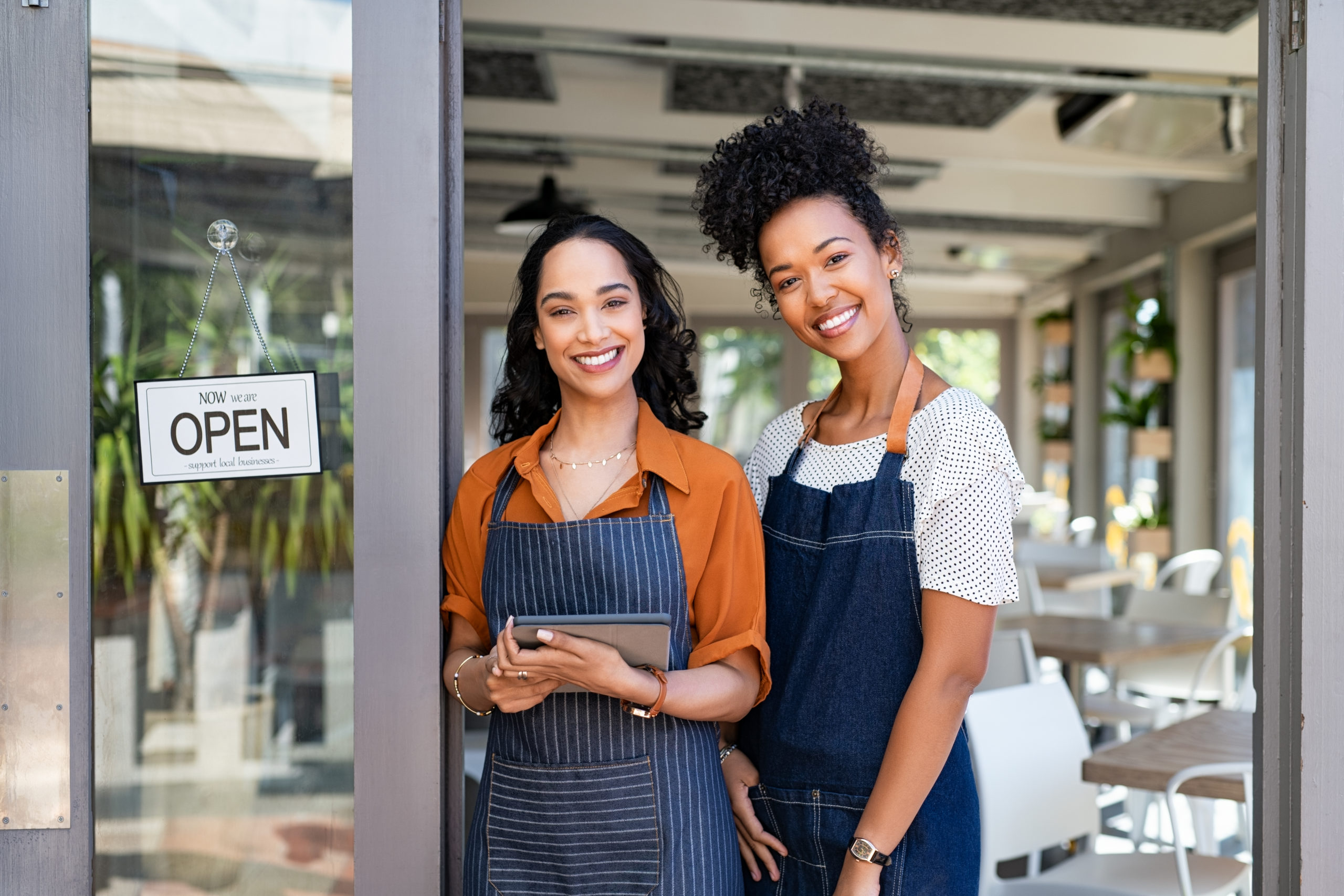 Entrepreneurialism Organizations in the Region 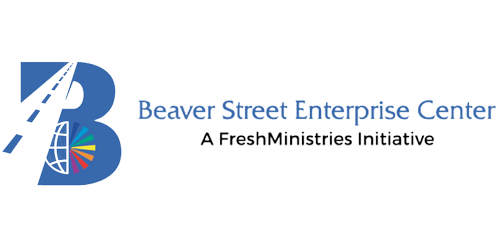 To keep yourself relevant, it’s essential to keep your credentials up-to-date and build on your skill set.

You owe it to yourself to make sure you’re happy and find the things that excite you.

The most rewarding part is helping athletes meet and exceed their goals.

You can take your business as far as you want if you have the right mindset. President and Founder of EBS Security

As a child in Alabama, Printella Bankhead was told she couldn’t succeed.

“I was told, ‘It’s a man’s world – you can’t do it,’” Bankhead said. “I wasn’t expected to achieve anything, and I wanted to be different than that.”

After high school graduation, Bankhead got married and relocated to Jacksonville. Five years later, she was working, going to school and raising two young daughters on her own following a divorce. Bankhead was determined to find a better way to support her family. She found her purpose in life when she took on a job as a security officer.

“There are so many opportunities in security,” Bankhead said. “I enjoy that it’s not the same daily routine.”

Bankhead began working in security full time and enrolled in Florida State College at Jacksonville, earning a degree in Criminal Justice. She was promoted to supervisor and worked for the same company for seven years. The company provided security for the church Bankhead attended.

“My pastor asked me if I had ever thought of starting my own security company,” she said. “He told me I would be a natural at this.”

Bankhead launched EBS in 2002. While she was knowledgeable and skilled in the security industry, Bankhead was not experienced on how to run a business. She credits the company’s growth to her involvement with the JAX Chamber, the Jacksonville Women’s Business Center (JWBC) and the Small Business Administration. As a business owner, she achieved success by working hard, leading by example and maintaining high standards, often making sacrifices to get the job done.

“You can take your business as far as you want if you have the right mindset,” Bankhead said.

“Many people don’t realize security is a requirement at most events,” Bankhead said.

EBS has faced numerous challenges during the pandemic, when closures and cancelations eliminated many of the company’s contracts. Bankhead had to establish new protocols to ensure her team members were safe and able to do their jobs. Bankhead also found herself back in uniform and working onsite closely with her team. Her resilience has allowed EBS to thrive.

“You can’t always be in the office,” she said. “You may be the CEO, but it all comes down to you.”

During her career, Bankhead has received numerous honors including being named the 2015 SBA’s Minority Business Person of the Year.

The works of authors Les Brown, Zig Ziegler and Wayne Dyer have offered encouragement. Her own experiences inspired her to write a book, “Staying on Course in Business and Life.”

Bankhead has found being an entrepreneur offers many benefits including the freedom and means to care for her father during his final years.

“For me, this was the most rewarding,” she said. By demonstrating determination, perseverance, awareness and belief in herself, entrepreneur Joanne Kazmierski, CTL, is in the driver’s seat of a thriving career.

Kazmierski is CEO of Global Business Logistix, LLC. She founded the Jacksonville- based company in 2014 after working in the port, logistics, supply chain and transportation industries.

Drawing on more than 20 years of experience in marketing and transportation/logistics, she established the company to provide project leadership in the international trade and logistics industry with a focus on workforce and economic development. Her customers include nonprofits and educational institutions.

“I love what I do – transportation and logistics feeds my soul,” said Kazmierski, who was named JAX Chamber’s Transportation & Logistics Council’s 2022 Small Business Leader of the Year.

The industry offers dynamic, challenging and fulfilling career opportunities with a wide variety of career trajectories. Transportation focuses on the movement of people and products via road, air, rail and water. Logistics covers a broader scope of activities that facilitate the management of product movement within the supply chain.

Kazmierski earned a bachelor’s degree in Marketing and Business Administration from the University of South Florida in Tampa, and initially managed successful multi-family communities. While working to bring bus services to one of her communities, Kazmierski became intrigued by the transportation industry.

Kazmierski spent more than three years as marketing coordinator for Jacksonville Transportation Authority (JTA), the independent agency responsible for public transit in Jacksonville. She then spent 11 years as a community outreach manager at the Jacksonville Port Authority (JAXPORT), Florida’s largest container port by volume and one of the nation’s top vehicle-handling ports.

Kazmierski operates Global Business Logistix as a “solopreneur,” utilizing subconsultants for special project needs. With a global-thinking focus, the consulting company helps businesses and organizations achieve the growth they desire. Global Business Logistix is known for its work with the Florida Supply Chain Summit and offers state and federal grant writing and administration. Diversifying and offering niche services has provided opportunities for the company’s success. Kazmierski to date has written and administered more than $42 million in federal and state grants that serve nearly 10,000 children in Northeast Florida afterschool, summer and food programs.

“To keep yourself relevant, it’s essential to keep your credentials up-to-date and build on your skill set,” Kazmierski said.

Kazmierski credits her success to tenacious networking and encourages everyone to build and maintain their professional network. Her networking includes keeping in contact with former colleagues and making new connections. She frequently volunteers on behalf of industry organizations and also generously gives her time mentoring rising entrepreneurs.

“If you’re going to succeed in this industry, it is vitally important to nurture your network,” Kazmierski said. “If you don’t succeed, you haven’t done your networking well.” Coach Chad Cahoy aligns with a successful career that highlights his true talents
Business owner Chad Cahoy is enjoying great success but it hasn’t come without challenges. Like an Olympic athlete, the personal trainer and coach has demonstrated dedication, commitment, sacrifice and perseverance to accomplish his business goals.

Cahoy’s business, Jacksonville Strength & Athletics, LLC, was recently voted one of the best 26 gyms in Jacksonville in 2021 by Expertise.com. In less than two years, the gym is financially stable and thriving.

Originally from Wyoming, Cahoy is a retired Navy Veteran with a lifelong interest in fitness and athletics. During his 20-year Naval career, Cahoy served as a command fitness leader, running group classes and working with active duty personnel who had fallen out of fitness standards.

“I have a passion for helping people become the best versions of themselves,” Cahoy said. “I’m going to do my best to make you better.”

After Cahoy retired in 2014, he focused on education and experience to become a high level coach and trainer. He attended Keiser University, earning a bachelor’s degree in Sports Medicine and Fitness Technology, and an associate’s degree in Physical Therapy. While attending Keiser and after graduation, Cahoy worked at several fitness centers before deciding to open his own gym.

With all the paperwork in place, Cahoy was set to open in April 2020. Unfortunately, the opening date occurred the same week as fitness centers in Florida were shut down to prevent the spread of the coronavirus. After a six-week delay, Jacksonville Strength & Athletics opened in May 2020. It offers personal training, group classes and Olympic weightlifting. Even though gyms reopened, not everyone was ready to return.

“I knew it was going to be tough, especially during the times we are in,” Cahoy said. “I did whatever I could do to keep the doors open.”

Cahoy took on a full-time job at another business, and offered coaching at his gym from 5:30-8 p.m. In time, he was able to leave the other job and focus solely on his gym. His typical work day begins before 6 a.m. and ends after 8 p.m. Despite the long hours, he enjoys coaching athletes of all ages and abilities.

“The most rewarding part of coaching is helping athletes meet and exceed their goals,” Cohoy said. “To see the look on their faces when they do is priceless.”

For those considering a fitness career, Cahoy recommends extensive education and training. Along with the ability to motivate, he believes a good coach demonstrates compassion and empathy. With numerous fitness career pathways, Cahoy advises having a unique niche. Jacksonville Strength & Athletics is the only Olympic weightlifting focused facility in Jacksonville and home to Jacksonville Weightlifting, a USA Weightlifting Club.

Cahoy’s athletes include his son, Caden, who became interested in weightlifting at age 9 after going to a cross-fit gym with his dad. Now 17, the Mandarin High School student is a member of the USA Weightlifting team and recently competed at the Junior Pan-Am Championships in Mexico. Caden Cahoy has his sights set on one day competing in the Olympics.

Earn Up, powered by JAXUSA Partnership, is committed to growing a robust talent ecosystem aligned to the needs of our business community, resulting in a workforce engaged in exciting career pathways options in the region’s target and support industries.